Michael on 4 Aug 2017
⋮
Answered: Sindhu Yerragunta on 7 Aug 2017
Accepted Answer: Sindhu Yerragunta
Hello,
I haven't tried to create an interface in a while so I could be doing something incorrect; however, I startup guide select new. Next I drag the axis plot icon onto it. Finally, I just go to save as or save and I get errors, see attached image. What am I doing incorrectly? 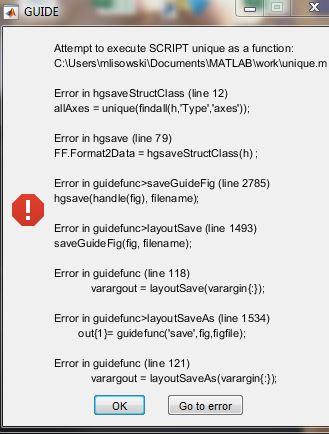