From the series: Developing DC-DC Converter Control with Simulink

Learn how to model a DC-DC converter in Simscape™ and use simulation to size inductor and capacitor and understand converter behavior in continuous and discontinuous conduction modes.

This example uses a SEPIC converter modeled in Simscape with components, such as a voltage source, resistor, inductor, and capacitor.  An ideal switch is used to approximate dynamics of a power semiconductor.

The model is simulated open loop with a constant duty cycle. With a chosen inductor value simulation shows that the converter operates in continuous conduction mode. Rerunning the simulation with different inductor values shows when the converter starts to operate in a discontinuous conduction model. The same simulation model but with a nonlinear MOSFET model can also be used for determining power losses and understanding thermal behavior of the converter. The model can also be used for designing a digital controller to adjust duty cycle to maintain a desired output voltage. 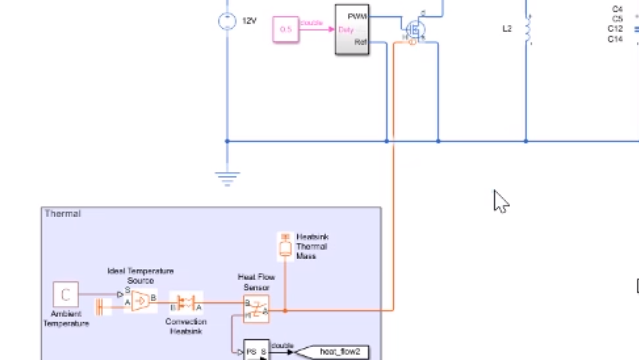 2:43
Simulating the Mechanics of a Peristaltic Infusion Pump