Differential Equations and Linear Algebra, 8.1b: Examples of Fourier Series

This video is to give you more examples of Fourier series. I'll start with a function that's odd. My odd function means that on the left side of 0, I get the negative of what I have on the right side of 0. F at minus x is minus f of x. And it's the sine function that's odd. The cosine function is even, and we will have no cosines here. All the integrals that involve cosines will tell us 0 for the coefficients AN. What we'll get is the B coefficients, the sine functions.

So you see that I chose a simple odd function, minus 1 or 1, which would give a square wave if I continue it on. It will go down, up, down, up in a square wave pattern. And I'm going to express that as a combination of sine functions, smooth waves. And here was the formula from last time for the coefficients bk, except now I'm only integrating over half, over the zero to pi part of the interval, so I double it. So that's an odd function, that's an odd function. When I multiply them, I have an even function. And the integral from minus pi to 0 is just the same as the integral from 0 to pi. So I'll do only 0 to pi and multiply by 2.

But my function on 0 to pi is 1. My nice square wave is just plus 1 there, so I'm just integrating sine kx dx. We can do this. It's minus cosine kx divided by k, right? That's the integral with the 2 over pi factor. Now I have to put in pi and 0 and put in the limits of integration and get the answer. So what do I get? I get 2 over pi.

That's a kind of nice example. It turns out that we have just the odd frequencies 1, 3, 5 in the square wave and they're multiplied by 4 over pi and they're divided by the frequency, so that's the decay.

So you see it's a-- what am I going to call this function? Sort of a repeating ramp function. It's a ramp down and then up, down and then up. But of course from minus pi to pi, that's where I'm looking. I'm looking between minus pi and pi. And I see that function is even. And what does even mean? That means that my function at minus-- there is minus x-- is the same as the value at x.

And what that means for a Fourier series is cosine. Even functions only have cosine terms. And of course, since I've just integrated, I might as well just integrate that series. So this is this ramp, this repeating ramp function, is going to be 4 over pi. I could figure out the cosine coefficients, the a's, patiently. But why should I do that when I can just integrate?

There's something in freshman calculus which I totally forgot, the constant term. So there is a constant term, the average value, that a0. I've only found the a1, 2, 3, 4, 5. I haven't found the a0, and that would be the average of that. I don't know, what's the average of this function? Its goes from 0 up to pi and it seems like it's pretty-- I didn't draw it well, but half way. I think probably its average is about pi over 2, right? Let's hope that's right.

So let me sneak in the constant term here. The ramp is, I think I have a constant term is pi over 2. That's the average value. It would come from the formula and those-- well, what do you see now? That's the other example I wanted you to see. You see a faster drop off. 1, 9, 25, 49, whatever. It's dropping off with k squared.

So that's the second example. Let's see, what more shall I say? We learned something about integrating and taking the derivative so let me end with just two basic rules. Two basic rules.

So I'm starting with-- oh, I haven't given you any practice with a complex case. This would be a good time. Suppose start is f of x equals the sum of ck, a complex coefficient e to the ikx, the complex exponential. And you'll remember that sum went from minus infinity to infinity.

And if I do f of x minus d, so I'll change x to x minus d, so I'll see the sum of ck e to the ikx, e to the minus ikd, right? I've put in x minus d instead of x. And here I see that the Fourier coefficient for a shifted function-- so the ck was a Fourier coefficient for f. When I shift f, it multiplies that coefficient by a phase change. The magnitude stayed the same because that's a number-- everybody recognizes that as a number of magnitude 1 and just has a phase shift. Those are two would rules that show why you can use Fourier series in differential equations and in difference equations. Thank you. 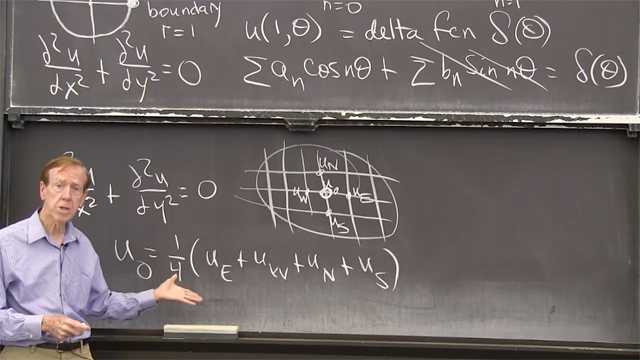