Out of memory Problem [Problem 2 , Project Euler (Sum of even Fibonacci numbers)] 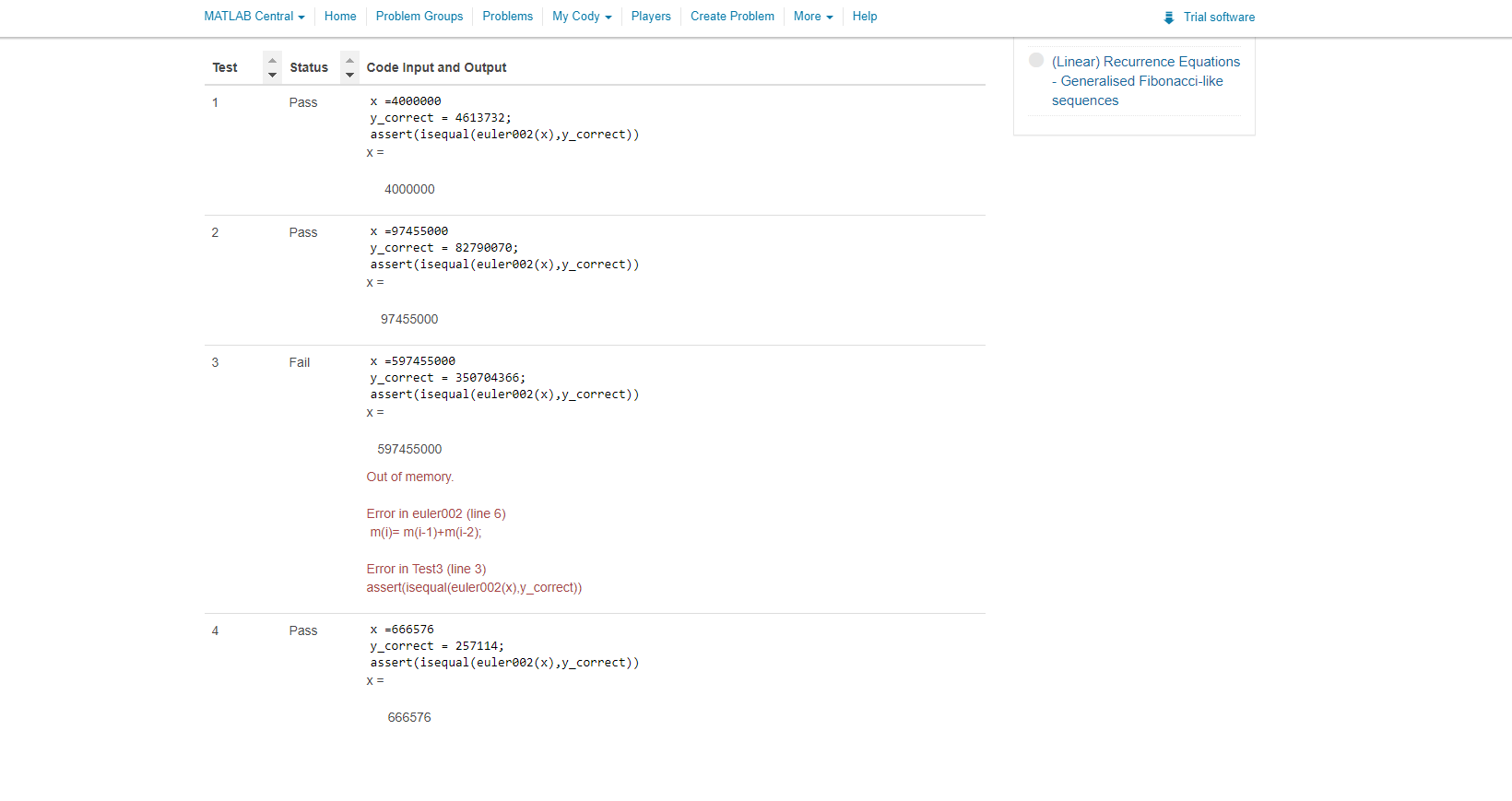 James Tursa on 10 May 2020
⋮
Don't store all of the numbers as you go and then add them up at the end. Only keep a few numbers in memory at one time and do the summing as part of your looping.