“DO Qualification Kit eliminated much of the guesswork involved in certification. It helped us understand how to use MathWorks tools for Model-Based Design and employ automation to meet DO-178 objectives, enabling us to present artifacts to the certification authority much faster than previously possible.” 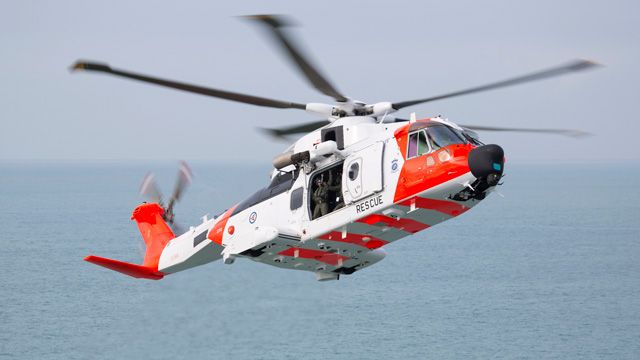 A fleet of AW101 long-range helicopters developed by Leonardo enables the Royal Norwegian Air Force service to perform all-weather, day-and-night search and rescue missions in High Arctic areas. Each aircraft is equipped with a Leonardo Osprey 30 active electronically scanned array (AESA) radar system that provides the crew with 360 degrees of coverage for surveillance and ground mapping.

“Even though we had limited experience with certifying software developed using Model-Based Design with MATLAB, Simulink and DO Qualification Kit, we were able to achieve the DO-178C objectives and satisfy the certification authority,” says Andrew Tortolano, principal systems engineer at Leonardo. “This is a testament to the documentation, test cases, and procedures outlined in DO Qualification Kit; the automation enabled by Model-Based Design; and the support we received from MathWorks engineers.”

During an early-stage systems engineering review, the safety case highlighted that, because the Osprey radar system would provide incidental navigation cues to the helicopter’s crew, its software was subject to DO-178 safety guidelines. The radar systems engineering team had not previously developed software in accordance with DO-178 guidelines, and so needed to extend their existing development process to allow them to deliver certifiable source code into the software process. This involved identifying activities or steps that were required to support certification.

The team also had to identify additional tools they would need to complete these activities and then qualify the tools for DO-178 work. They wanted to integrate the qualified tools into their augmented development process so that they could trace requirements, generate code, increase test automation, and reuse models and code across projects.

Leonardo engineers developed the Osprey radar system navigation software using Model-Based Design with MATLAB and Simulink products that they qualified for DO-178.

Working with MathWorks consultants, the team reviewed their existing system design and developed a road map for restructuring both the design and their workflow to adhere to DO-178 guidelines.

With Simulink Test™, the engineers authored and conducted simulation-based tests, using Simulink Coverage to measure and analyze model coverage and identify untested model elements. They also identified standard and guideline violations in their models, using Simulink Check to perform checks specific to DO-178.

The team generated almost 10,000 lines of readable, MISRA®-compliant C code from their model with Embedded Coder®. They verified this code via software-in-the-loop (SIL) and processor-in-the-loop (PIL) tests, comparing the output of the simulation with the output of the tests. They also performed static analysis of the code with Polyspace Code Prover and Polyspace Bug Finder to ensure that the code was free of overflow, divide-by-zero, and other runtime errors.

The Osprey 30 radar navigation solution function was assessed to DO-178 Level C and is now in service on Royal Norwegian Air Force search and rescue aircraft. Leonardo is reusing models and test cases from the Osprey 30 on other projects, including land-based navigation systems, and expects a 60–80% reduction in nonrecurring engineering (NRE) costs for similar projects.