“By enabling us to analyze requirements quickly, reuse designs from previous products, and eliminate manual coding errors, Model-Based Design has reduced development times and enabled us to shorten schedules to meet the needs of our customers.” 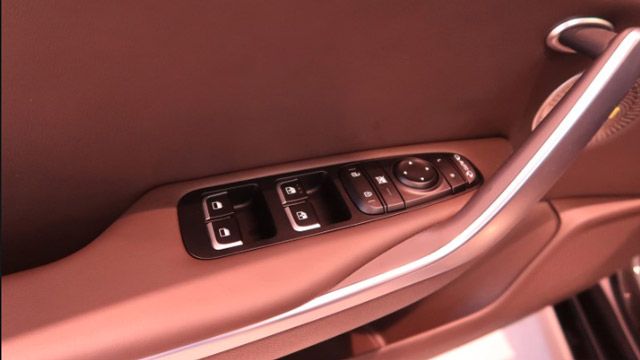 One of the largest tier 1 suppliers of vehicle switches and components in Korea, LS Automotive continues to win contracts from both domestic and overseas automotive OEMs. There is an increasing demand from those OEMs for faster delivery of more features and for production systems that comply with the ISO 26262 standard.

“Our team is tasked with developing many projects—in addition to the DAU—with limited human resources,” says MyoungSuk Ko, senior engineer for the software design team at LS Automotive. “Model-Based Design enables us to overcome this limitation through model reuse, early verification of customer requirements, and the elimination of human errors that are common in manual coding. Model-Based Design is especially beneficial for back-to-back testing in the context of ISO 26262—it enables our customer to ensure consistency between the requirements models and the generated C code.”

Formerly, LS Automotive engineers used a traditional development process in which embedded software was written by hand. Even with a common set of specifications, the handwritten code often varied from developer to developer. In addition, human errors—in the code or in the customer’s specification—caused chronic quality problems that had to be remedied in the later stages of development.

In addition to these challenges, LS Automotive recognized the need to respond to the increased demand from overseas OEMs for products developed with model-based approaches rather than with a traditional approach. The application of ISO 26262 both in Korea and globally underscored the need for compliance with functional safety standards. As part of their functional safety requirements, global automotive OEMs often requested a simulation-based verification environment that was independent of the actual hardware.

LS Automotive needed to meet these demands while addressing the limitations it had identified in its existing development process.

They ran simulations in Simulink to test each module independently. During the simulations, and with support from MathWorks consultants, the team measured model coverage with Simulink Coverage™ and applied formal methods to detect dead logic in their models using Simulink Design Verifier™.

The simulations revealed customer specification errors, but these were relatively easy to resolve because they had been identified early in development.

After validating the specification and completing the functional verification of the design in Simulink, the team generated about 6000 lines of C code from their models using Embedded Coder®. They compiled the code for the target MPC5601D microcontroller using Freescale™ CodeWarrior® embedded software development tools.

Development of the DAU is on schedule, and the company expects a volume of 2 million units in Korea and North America when the part moves to mass production. LS Automotive engineers are now applying Model-Based Design to a power seat module project, and they plan to expand its use to upcoming steering angle sensor and body control module projects.