⋮
This worked, thank you.
However I was expecting an answer in the thousands (hence my initial guess), could this function have a root around that?
or have I made a mistake elsewhere?

⋮
Plot your function for larger values of x to see if it crosses zero. It's possible you have an incorrect value for one or more of the constants, or that you haven't defined your function correctly. However, only you will be able to determine that.

⋮
+1 to @Alan Stevens. Feel free to accept Alan's answer, as he did most of the work to solve your problem. My answer explains what happens, if you start Newton in the wrong place.
If you think that a root SHOULD exist in the vicinity of 1000, then surely you have something incorrect in your function, and Alan has said that too.

⋮
Thank you @John D'Errico and @Alan Stevens , your answers have been very helpful. I suspect I must have made a mistake somewhere! Thanks again. 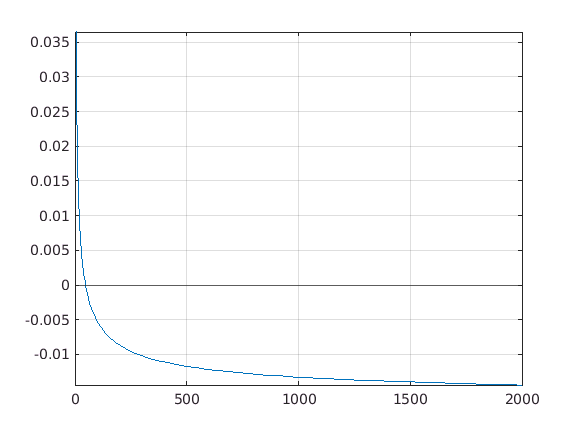 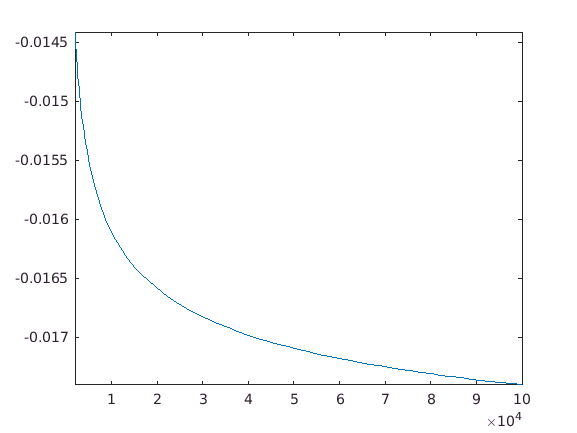 And just looking at that figure, my gut tells me it will never turn around, in order to eventually cross zero. As you can see, going all the way out to 1e5 sees no root beyond the one at x==47.
Can we prove that a root will never exist above a certain point, that this curve will never turn around? That is probably doable, though much easier with positive integer powers of x. Then I could use a tool like Descarte's rule of signs.
https://en.wikipedia.org/wiki/Descartes%27_rule_of_signs
My gut tells me not to bother, and this answer has now gotten long, so I won't.

⋮
Thanks, that's been helpful! I will go back and check for errors.
Max